Apple’s upcoming foldable iPhones could have better panorama cameras compared to the tech giant manufacturer’s current flagships. The company’s new patent claims that it was able to find one reason why its consumers should buy its new product. 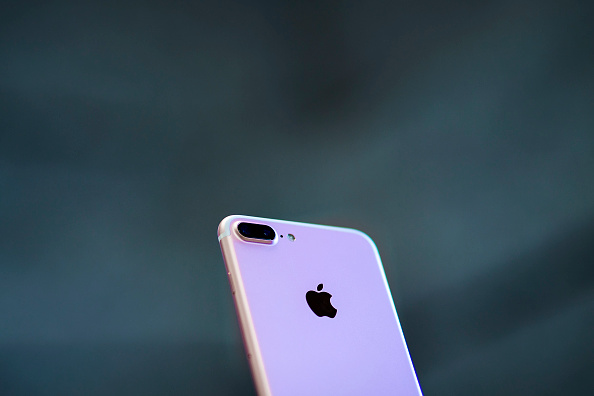 (Photo : Photo by Gonzalo Arroyo Moreno/Getty Image)
MADRID, SPAIN – SEPTEMBER, 16: An Iphone 7 Plus with its new dual camera is displayed at Puerta del Sol Apple Store the day the company launches their Iphone 7 and 7 Plus on September 16, 2016 in Madrid, Spain. The iPhone 7 and iPhone 7 Plus has been launched on Friday September 16th in more than 25 countries. Customers have started to queue 38 hours before the opening of the store placed in the center of Madrid.

According to Patently Apple‘s previous report, the popular iPhone manufacturer plans to integrate multiple cameras in its upcoming foldable devices. This is expected to assist users in capturing vastly superior panoramic images.

This innovation is a great advancement in Apple’s technology. Why? Because MSPower User reported that the company’s forte is not making foldable smartphones.

Apple’s upcoming foldable devices are expected to have flexible housing formed from flexible materials such as flexible fabric, flexible polymer, and more. They could also arrive with multiple cameras that are mounted at various locations across the flexible housing. 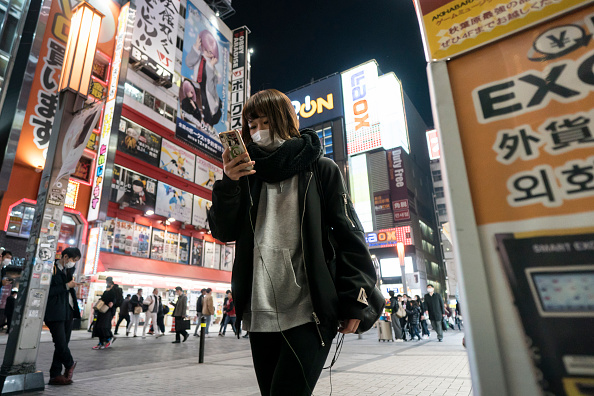 (Photo : Photo by Tomohiro Ohsumi/Getty Images)
TOKYO, JAPAN – FEBRUARY 13: A woman wearing a face mask uses a smartphone as she walks through a shopping district at night on February 13, 2020 in Tokyo, Japan. At least 219 passengers and crew onboard the Diamond Princess cruise ship have tested positive for COVID-19 making it the biggest centre of the virus outside China. Japan has also so far diagnosed 28 other people with the illness, some of whom are evacuees from Wuhan, and has announced measures to ban entry to foreign travelers from Zhejiang alongside an existing ban on non-Japanese nationals coming from Hubei.

The company’s new patent explained that the cameras on the curved surface of a bent housing may have different camera image capture directions. The user can bend the foldable device’s case and orient the cameras in the desired directions to use the smartphone’s panoramic cameras to capture panoramic images or three-dimensional images.

On the other hand, Apple’s upcoming foldable iPhones could also have a feature that allows it to capture multiple images of a scene. This can be possible since the cameras can be oriented so that their field of view can expand and allow the device to capture overlapping images that are combined together to form a composite panoramic image.

Mon Jan 25 , 2021
Apple has reissued another statement and Support Document that details for people to keep magnetic devices like pacemakers and defibrillators away from its devices, especially the iPhone and MagSafe Charger to avoid damage. While it is common knowledge not to keep a smartphone and magnets together (even cards), some people […]